A Wedding Videographer in Surrey

I met Becky + Craig through my friend Ying earlier that summer. I chatted with Craig on the phone, he was the one in charge of organising the wedding videographer - shoutout to him for making a stellar choice!

A few days later, I headed down to the wedding “venue” - it was Craig’s grandparents’ house - and I met Craig at the garden gate, I’m pretty sure the family was sorting out the marquee’s construction when I got there.

Becky came over to say hey, she seemed a little nervous, I didn’t really think much of it, and we wandered around the massive garden. They ran through the structure of the day - “the wedding ceremony will be held in a circle here, then we’ll go here for photos, and then into the marquee here for the rest of the day”.

Just as I was about to head back home, we were stood talking pretty much where the ceremony would take place, I said something along the lines of “the best compliment you can give me is that you forget I’m there”, to which Becky nervously replied with “I’m not actually sure I want a wedding videographer, so I’d rather know you’re there”.

A little awkward, yeah. But I just shrugged it off and saw it as more of a reason to make something worth proving her wrong!

I get that it’s weird to be in front of a camera all day with some wedding videographer you’ve not met before filming you. That’s how I work as a wedding videographer; I keep it low-key in how I shoot. I personally don’t feel comfortable getting all up in your grill with my camera, and I don’t want the most prominent memory of me when you’re watching your wedding video back being that time I directed you to look at your new other half and “smile more”. It’s just not my bag.

It’s the big day you’ve planned for however long, I just want you to focus on having a blast and being in the moment with each other and whomever else you’ve asked to be there.

But I just shrugged it off and made a mental note that now my goal was to make the best wedding video possible for Becky to see it was worth it!

The next few weeks passed, and it came to the big day.

A Fijian Wedding in Surrey

I’m not gonna go through the whole day, I’m sure you’ve seen the full wedding video above, which sums the whole day up.

I did my best to stay way back not to overwhelm Becky from the outset, but it felt like she was just focused on having a blast - as is pretty obvious from the opening of the video.

When we met the first time, Becky + Craig had given me a heads up that things would get emotional during the ceremony, something I wanted to respect more for the tenderness of the moment and the marriage ceremony itself - plus the fact everyone was sat in a circle, so this moron with his camera would be pretty obvious!

Tears of tenderness turned to tears of joy and love as the day continued on.

Craig had become infatuated with the idea of singing waiters from a wedding he and Becky had attended the summer before, so Becky had organised for a surprise visit by the guys during dessert service.

I’d spent some time talking to them during the wedding breakfast, they had a ton of experience between the three of them, but man, was I not prepared for how the whole room got involved with it!

As the party continued on to the dance floor as the evening arrived, Craig struggled to pop the cork on a huge bottle of champers, much to the enjoyment of the surrounded guests, bless him!

Craig’s mother pulled me and my friend Balazs - second photographer for the day - into the Fijian ceremony of Kava.

So, the Kava ceremony was another way that Becky + Craig had infused Craig’s Fijian heritage into their celebrations - plus, I love the stuff that makes your wedding more you because it’ll make your wedding video more you too.

Somewhere out there, Balazs has footage of me taking part in this tradition.

Not long after this, Craig disappeared off for a minute, only to reappear with Becky at his side and now with a kilt around his waist - more of the heritage mixed in with their wedding celebrations, more personality for the wedding video!

Ying pulled Becky + Craig outside for the last shot of the day. The biggest tree in the garden was now drenched in purple light, the couple got lost in each other in front of it as I nabbed a couple of photos and some shots perfect for the ending of the wedding video.

As we said goodbye to them, Becky blurted out “Matt, I totally forgot you were- oh, you’ve got me” - yeah, something like that was said.

And that’s what I dig about the whole wedding video thing, I just want you guys to do your thing, celebrate your love and marriage, and I’ll make sure to capture everything that goes on! 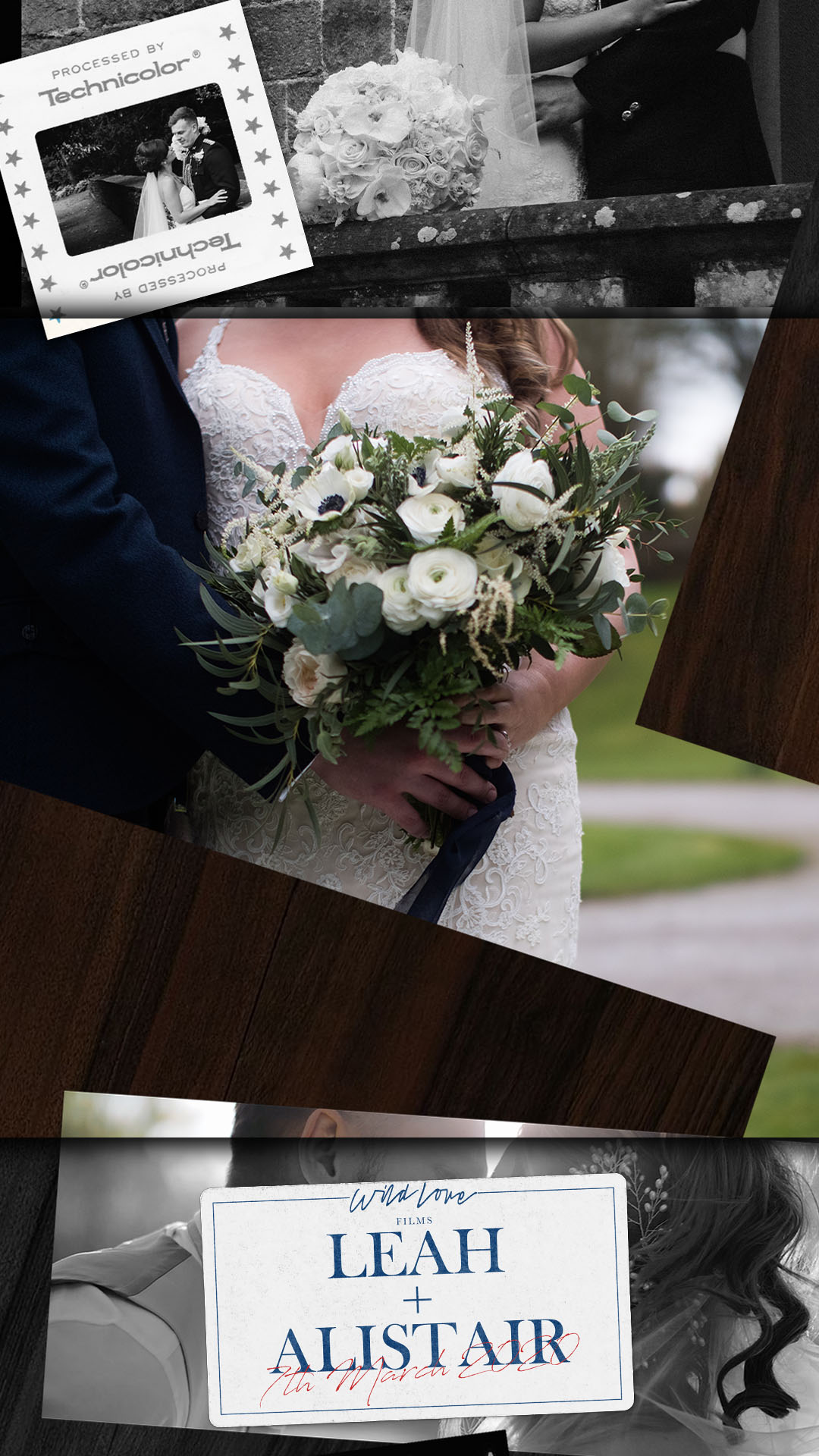 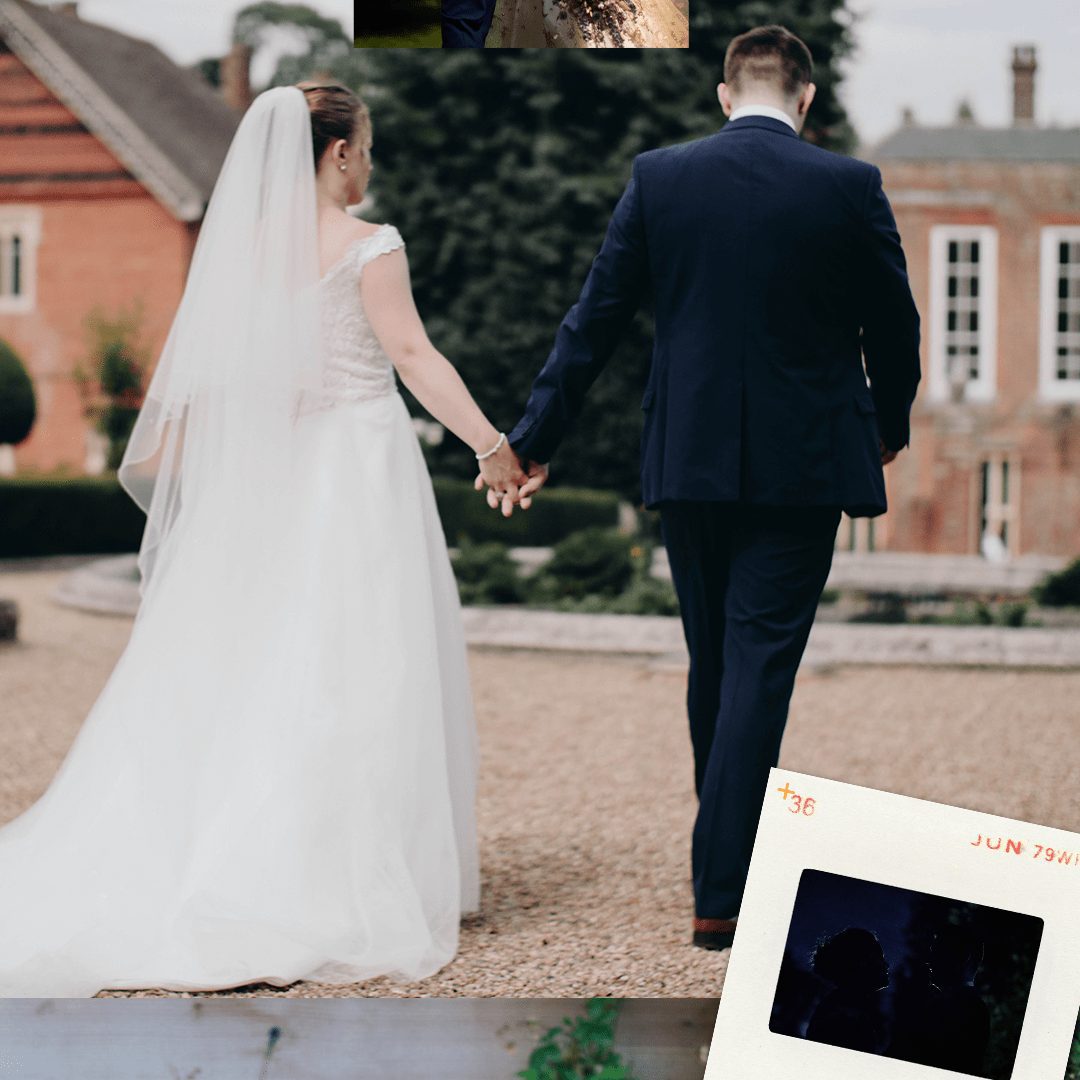 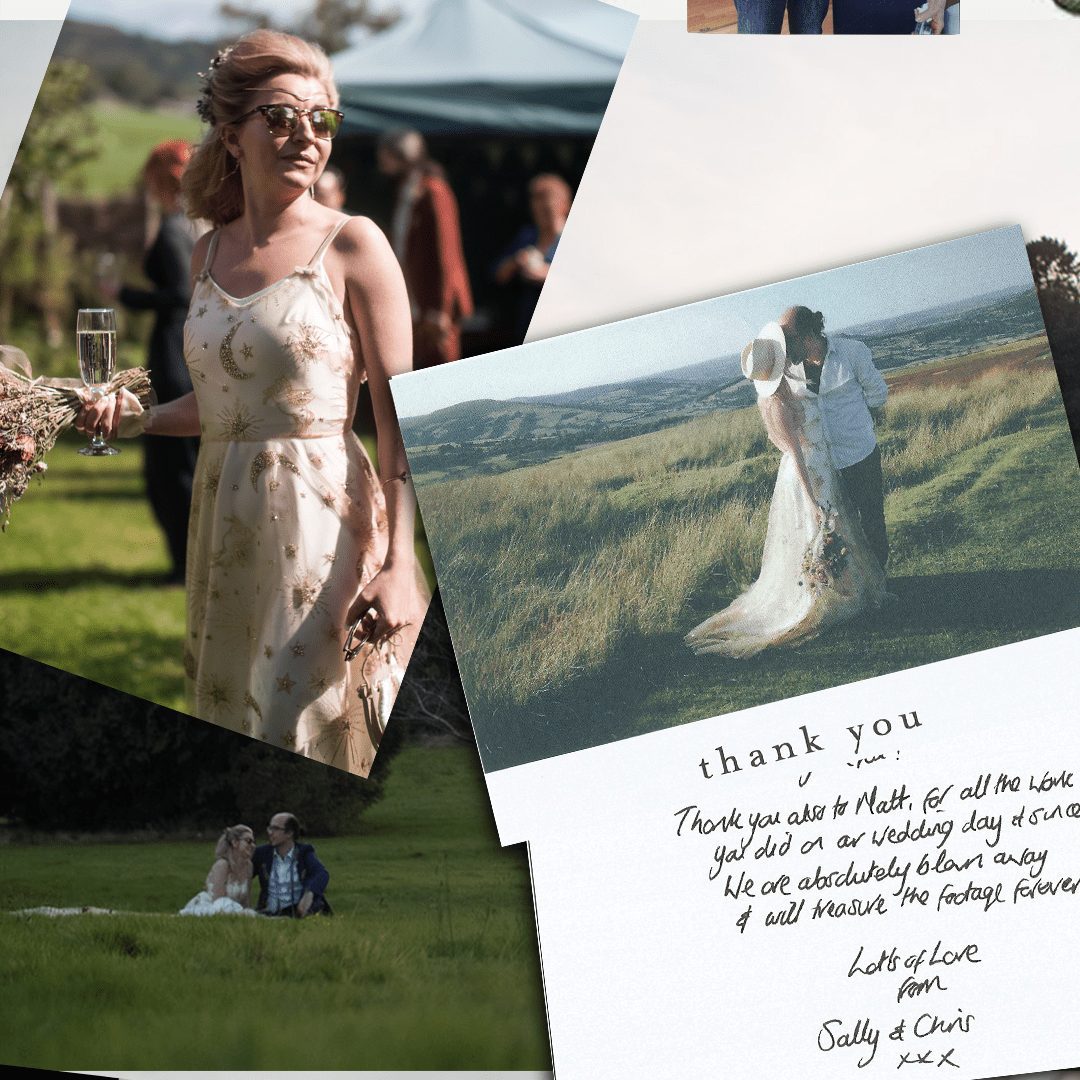 A Very Welsh Wedding in a COVID Summer